Are you confused by Prepositions? Prepositions can be mystifying. This article will solve the mystery.

Figuring out nouns and verbs is sort of simple. A  noun is a person, place or thing. A verb is an action or state of being. So, why are prepositions so confusing?

No wonder we get confused. We hope this post will help.

A preposition shows the relationship between its object and another word in the sentence. Prepositions are used to specify; when, where, how, and why.

Other descriptive words can be added between the preposition and the noun.

Example: Behind the red barn. Behind is the preposition while barn is the noun. Red describes the barn.

Inside the large box. Inside is the preposition while box is the noun. Large describes the box.

So now do you understand what a preposition is?

There are no rules in English about how many prepositional phrases can be put in a single sentence.

A Word of Caution

You don’t want to confuse your reader. Sometimes writers will use long strings of prepositional phrases.

A Czech writer, Bohumil Hrabal, once wrote a novel containing a single sentence. (Dancing Lessons for the Advanced in Age).

Obviously, this can make reading difficult.

But first you need to recognize a preposition. So here is a list of the most common prepositions.

We hope this is not too confusing. But some prepositions are a combination of two or three words.

Two or three word prepositions can act together as a single word in the propositional phrase.

For a more information see: https://en.wikipedia.org/wiki/List_of_English_prepositions

Tip #1: A prepositional phrase can act as an adjective.

This may seem complicated but stay with me. These are a few things to keep in mind.

Remember, adjectives describe nouns or pronouns. As an adjective, the phrase will describes ‘which one’.

Example: The girl in the blue dress. The Prepositional phrase tells us which girl.

Another Example: The building across the street. This propositional phrase tells which building.

Are you Catching on?

Tip #2: A prepositional phrase can act as an adverb.

Remember, adverbs describe verbs. A phrase used as an adverb will tell us – how – where – or when.

Example. Joe ran between his home and school. (Where)

A different Example: Joe ran in the morning. (When)

One more Example: Joe ran with an injured foot. (How)

Each example describes something about the verb ‘ran’.

Tip #3: Rule for Prepositions which seem to be Nouns.

Sometimes the noun in a prepositional phrase seems to be the logical subject of the sentence. That is NEVER so. This becomes important when deciding if the subject is singular or plural, so you know if the verb should be singular or plural.

Example: Neither of the runners won the race.

Example: Kate, along with her sisters, enjoyed the dance.

Sisters (plural) is part of the prepositional phrase starting with along, so the verb must remain singular. Kate not sisters is the subject of the sentence.

Did you get that?  Are you ready? Try our EXERCISE. It’s easier than you think.

For more examples, check out: https://www.examples.com/education/examples-prepositional-phrases.html

We hope this post has helped improve your understanding of  preposition.

We all are striving to be better writers. With practice you can become a masterful author. You don’t need to know everything immediately. Give yourself time to get there.

Putting your thoughts and feelings on a blank page can be intimidating. But, there is something magical about the prospect of having your words read by thousands. Only you can make it happen.

Has this post been helpful? Have you had difficulty understanding prepositions in the past? Tell us about it in comments.

Remember, I said there are no rules for how many prepositional phrases you can put in a single sentence.

This exercise should be fun. Write a single sentence with as many prepositional phrases as you can think of. It may not be great writing, but you can laugh while creating an interesting sentence!

Here’s my Example: The farm house is down the road, over a rickety bridge across the brook, around the bend, past the red barn beside the road, behind the general store between the two oak trees, beneath the cliff, near the base of the mountain, past the first stream, but before the second stream, which floods during a heavy rain.

Now you try it!

Give us your exercise in comments.

One trick we use when editing, is to look for crutch words. These words are so common we don’t think  anything about writing them. We look for these 27 words  with every edit.

By deleting or changing these words our writing becomes stronger.

If you enjoyed this Creative Writing tip, share it with your friends or writers group.

6 Tricks to Become a Power Writer
Describing Eyes 492 Ways to Make It Easy
50 Words Not to Use Instead of Said, 240 Great Words to Use
Foreshadowing 4 Rules to Write More Exciting Stories
41 Free Writer's Websites to Boost Your Skills
Writer, Is This Website Right For You 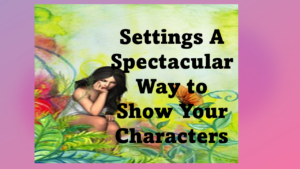 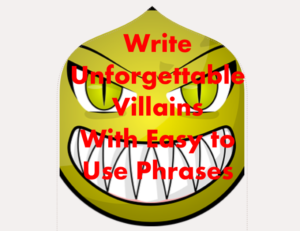 Unforgettable villains are hard to write. We have some tools to help you. Worksheets and 700 words and phrases to describe villains. 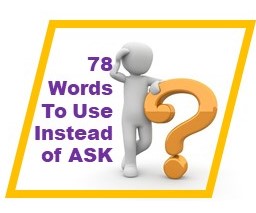 Using other words instead of ask can help you add emotion to your dialog. A stronger dialog tag will improve your writing. 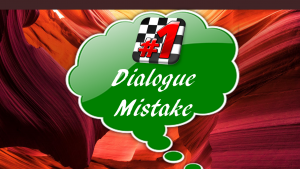 The Most Common Dialog Mistake  When we first started writing novels, we often made this dialog mistake . It seems there are verbs you should never use to replace said in… 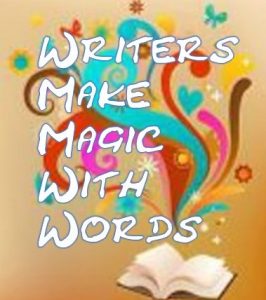 Every Writer Can Make Magic With Words Like a magician we must learn our craft. Creative writing is like dealing in magic. We create something from nothing with… 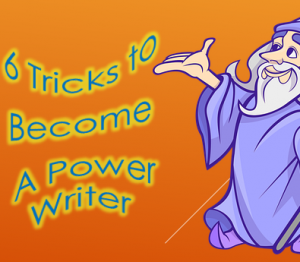 How You Can Become a Power Writer? I discovered a simple formula. I found this method by accident. But all the same it worked for me maybe it will…